We Brits are a pretty open minded lot. We like our beans on toast and bacon sandwiches, but we’re also happy to try out dinnertime favourites from more exotic locations. Street food, takeaways and the emergence of new and unusual foreign restaurants offering exotic cuisines are bringing exciting offerings to our shores. 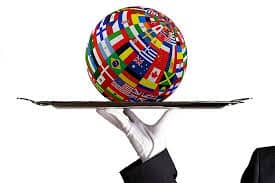 A study by Cauldron Foods revealed that 60% of the food we eat is not from a traditional British background. In fact, in 2015 the most popular food to make at home, and order from the takeaway, was Chinese. Whether it was made from scratch, a takeaway, or simply cooked as a ready meal, 12% of Brits admit to eating Chinese food at least once a week, with 78% eating at least one Chinese dish in the last 3 months. The study by Mintel found that the dishes from the world’s most highly populated country were a big hit in the UK, knocking Indian favourites off the top spot. Soy sauce now sells as well in the UK as traditional condiments like apple and mint sauces. Retailers say that Chinese continues to be a popular choice as it translates so well into the ready meal market.

A close second place went to Indian food. 74% of Brits have eaten an Indian meal in the last three months. Much loved classics like chicken tikka masala still appear regularly in the top ten, but research shows that people are ditching these old favourites in favour of healthier alternatives. 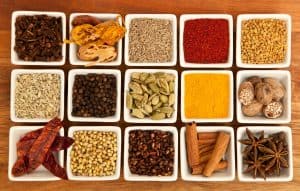 Third place went to Mexican food, with 48% of us enjoying a Mexican dish such as chilli con carne or fajitas in the last three months. With the DIY Mexican dinner kits available in all the supermarkets, a dinner which wouldn’t look out of place in Guadalajara is now a common sight on tables from Grantham to Gateshead.

Research and training charity IGD put Italian food not far behind. Forget your spaghetti Bolognese and carbonara sauce, because Italy has moved with the times. Embracing organic, rustic food and incorporating modern trends like veganism and gluten free alternatives, it’s no surprise that it’s a popular choice with diners.

Taking fifth place, market research company Kantar put French cuisine in the middle of the league table. Our continental neighbours are close enough to influence our diets, and while we’ve moved on from snails (much to the relief of some!), you’ll often hear TV chefs making confit of duck or a cheese soufflé, encouraging would-be chefs at home to have a go. 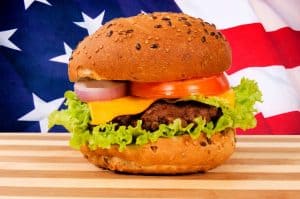 American food has fallen in popularity, perhaps thanks to documentaries like Supersize Me, which dented the American takeaway market. We may have moved on from burgers, but southern states are starting to regain ground, thanks to pulled pork, smoking instead of BBQing, and slow-cooked ribs.

Perhaps something we didn’t see coming was the resurgence of Greek food. Wave goodbye to the cheesy tavern image, because a new generation of predominantly independent Greek eateries are landing on our shores. Particularly in the north of England, grabbing a souvlaki, a street food dish of meat inside a wrap, is now just as popular as a burger or burrito. The UK’s first chain of Greek restaurants, “The Real Greek”, launched in London in 2015, and hope for a nationwide rollout during 2016.

The Telegraph branded Thai food as “magic”, and in 2015, the UK was home to 2000 Thai restaurants. Not quite on a par with their Chinese cousins – yet, Thai dishes are usually based on combinations of favourite ingredients, such as lime juice, galangal, fish sauce, garlic, lime leaves, rice vinegar and chilli. Accompanied by a Chang beer, you can be sure of an oriental experience. 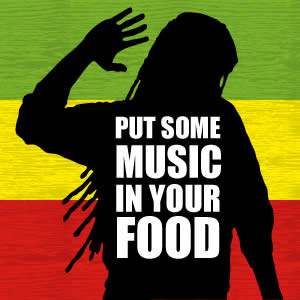 Hoping to make it big, Malaysian and Caribbean foods are predicted to be the rising stars of 2016, thanks to Levi Roots’ “Reggae Reggae Sauce” hitting supermarket shelves and extensive media campaigns, while dishes like beef rendang, which has been wrongly labelled as a Thai dish for years, come into their own.

However you choose to eat, it’s clear that Britain has a fantastic culinary heritage, and we’re fast becoming one of the most cosmopolitan and adventurous nations in the world when it comes to our dinner time dishes.

Banksford is leading supplier of Catering and Hospitality clothing in the UK.